The Goethe-Institut Namibia, in collaboration with Namibia University of Science and Technology (NUST), University of Namibia (UNAM) and University of Applied Sciences known as Hochschule für Technik und Wirtschaft (HTW) in Berlin, hosted a project on coding at the beginning of May this year to create Smartphone Augmented Reality (AR) Apps that will bring five Namibian books to life. 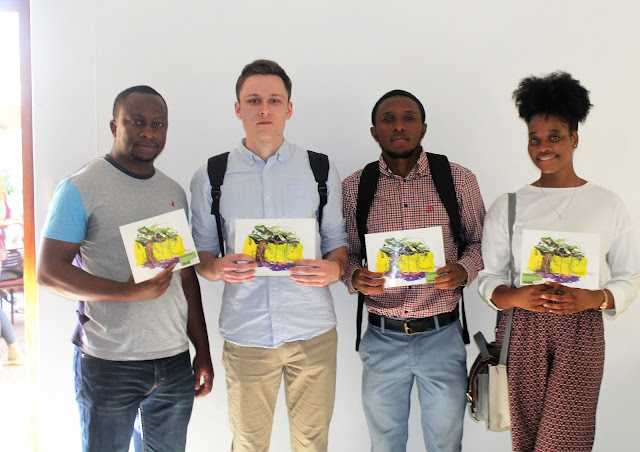 One of the books selected for this project was a publication of Namibia Publishing House Namibian Magic by Corrin-Del Klopper. Students from the above-mentioned institutions worked very hard to create augmented realities for a Smartphones App that can be used to enhance the reading culture and experience of books written for Namibian children.

Augmented Reality is created through images and animations that are regarded as extensions of the book. Using Augmented Reality is as simple as downloading the app from the App Store for Apple users or Google Play Store for Androids. The user has to start the app by scanning through pages of the book to activate the interactive and digital content on the Smartphone. The app is developed in four languages namely: Oshiwambo, English, Khoekhoegowab and German, therefore the user can activate the language that they are more comfortable to use. As the Head of Library and Information at Goethe-Institut Namibia, Mr Detlef Pfeifer, said, the project does not only promote a reading culture and preserve the use of books among the Namibian children, it also gives young coders the opportunity to gain experience. He further explained, “This coding week will challenge our students, not just in terms of time, but creating the ideal interface for a user to effectively engage with the digital content and experience the Augmented Reality App with pleasure.”

Five groups consisting of 24 Information and Communication Technology students from NUST (12), HTW Berlin (6), and 12 language students from UNAM competed from 29 April to 03 May 2019 to produce augmented reality books in Namibia. The best three Apps for the project will be presented by one of the members from each group at the International Conference on Culture and Computer Science in Berlin.

Our Operations during the COVID-19 Lockdown